-=Achievement of the week awards=-

yes, today, i am going to start somthing nice in the forums, the achievement of the week,

Every week, we shall pick one user who stands out from the rest for his latest work, we shall name him out, and give him the secret trophy i took 2 hours to make*awe*


this will also help people looking for the latest models since they can just pop in to see them, so it would be handy for this to be sticky'd :]

the winner of this week is..
VOLSUNG

yes, he wins this week for his amazing setsuno model, heres the details: 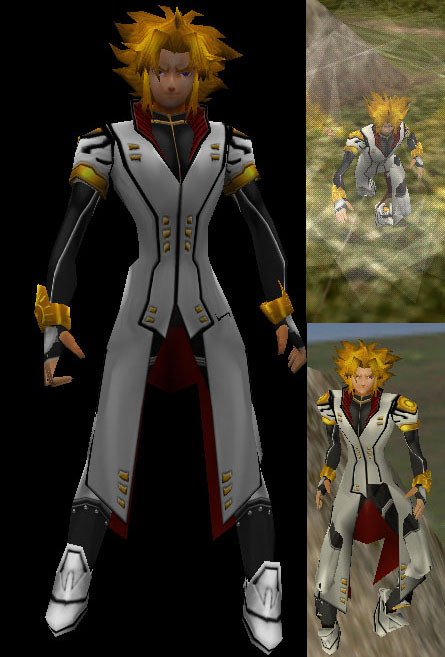 he has recieved his trophy thus ending week one of this

the winner of this week is..
SHIJING AND NUTTZY

yea yeah, i know it sucks and seems a little cheap, but you gotta admit that mr satan is really sweet and is close enough the only good release X_x

well, it was a hard desision, but nuttzy released 2 amazing models this week, his amazing taipon and bebi models, i had to give him this because there was hardly anything else released..

ya have to admit though, its some good stuff
download here:

he's already got the damm trophy... bleh, now he is lucky :scared:

well, i choose teh ice man because of 3 things, 1, he is the only on doing decent models on the forums this week, 2, he is a good guy, not annoying and stupid, and 3, because he got the majoraty vote o_o another week of dullness and one is picked out >_<
this week it is...
KRESHI

he wins this week because his is the only real good pbp model in the forums, also i admire the amount of snizhit he had to go though to keep with this model o_o

shldnt this be on off topic?

but then again this is nice

what about me i made a cool chicken thingy model...lol J/K..i did but its not that cool..anyway Gratz Volsung .

dunno if this makes much sense, but u shall have ur lil game ^^ gratz volsung

its just for fun, and to keep the modeling for esf more alive. since modeling has meen going kinda slow. people can pop in and see whats happenin, and what models have been released that won the award.
youll have to talk to him later, hes sleeping atm. so catch him tomorrow or somethin.

the next winner will be chosen next saturday as shijing said. were watching you.... :devsmile:

Just remember that this is prone to the same rules, spamming, flaming, and heated debates by who should have won what will see to a a closure

Otherwise, I appreciate that you are trying to keep the modelling section in high regard, and I hope this works out for you.

can someone stickey this? thanks.
and like majin_you said, please. dont flame, spam or anything that will cause this thread to close. thank you.

hehe... the trophy i worked up is a nifty peice of handwork, volsung would have it up he will not give his email out X_x

Excellent, this is just what this flame hell section needs, some "chirping up". I'm all for this thread, Shijing. And very nice job to Volsung as it has already been mentioned. =]


Majin Prince said:
can someone stickey this? thanks.
and like majin_you said, please. dont flame, spam or anything that will cause this thread to close. thank you.
Click to expand...


I gotta get me one of those

Oh, thats an excellant idea, bravo shijing, hopefully it will bring out the best in many talented modelers out there

well, volsung has got his trophy sent to him, hope he likes it and puts it on his wall

Anyway it would be A LOT more gratifying if we could create models without overwrite others.

pretty nice idea boss, mind if you show us what the award looks like? or is it for volsung (who did a great job) only?.

i live in Texas!! It really sux here.

THATS part of the fun asian, only the people who win shall get and see this award, its pretty sweet, 3 hours work is all im saying, if yo uwant it, release somthing great out about friday >_<

o_o yet another reason why shijing is one of the most influential and enthusiastic people of this community :smile: if anyone deserves an award, it's you man. Anyways, Volsung did an amazing piece of work, and personally I give it a 10/10, and it's my primary model for TS.

Bryggz said:
if anyone deserves an award, it's you man.
Click to expand...

/me agrees..
You must log in or register to reply here.