The ULTIMATE Battle! Pirates VS Ninjas!

It is a war that has raged on for centuries. Yes, you guessed it, Pirates VS Ninjas.

I personally like both. Pirates are cool, Ninjas are cool, but I dunno, I might have to go with Pirate Ninjas on this one.

Pirates are clearly better. Btw, why isn't there a poll?

Sub said:
Pirates are clearly better. Btw, why isn't there a poll?
Click to expand...

Because you didn't wait for me to make it.

OMFG Ninja's aren't winning?!?!?!?!
Just become a ninja yourself at this webpage to find out how cool Ninja really are.
I mean, just check the Ninja facts; only a ninja can kill a ninja. A thousand bullets can't kill a ninja. Bah, Pirates don't stand a chance ;( 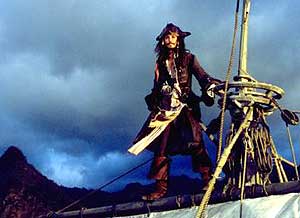 That site sucks, it's like...fanboy kid Maddox but a hundred times worse and a thousand times less funny.

Anyway, Pirates are more manly, they have parrots, ships and get 'ph4t l00t', but Ninja's are stealthy, and stealth > manliness, so Ninja's ftw!

Btw Gir, after our IRC conversation about Ninja's i'm very dissapointed in you ;_;

Indeed, RealUltimatePower sucks. The site I posted is filled with real Ninja FACTS and guides to becoming a Ninja. After becoming a tshirt Ninja and reading the Ninja Etiquette guide, I already feel like I could live from a thousand bullets.
Seriously though, making Ninja masks out of tshirts rocks!

... ninja's or pirates... ninja's, cuz they dont get scurvy and dont keep fellow ship mates company at night on a long voyage.

Pirates win cause Ninjas cant sneak onto boats while sailing in the Atlantic. And Ninjas cant swim. Its a known fact.

Pirates have swords, parrots, guns, an eyepatch, a bandana, a hook, possible pegleg, and cannons.

What else is great about pirates? Pirates get to pillage and...make love(?) to every woman they see in town. What do Ninjas do? They hide like cowards and shoot darts from trees! Who do they go home to at night? Their employer. Fun.

Pirates...Ninjas..So hard to chose. Only one way.

I plead the fif, one, two, three four, fiiiiif!

Both ninjas and pirates are totally overrated, and this weird internet subculture that is on their nuts like herpes simplex A is not helping...

Plus, talk like a pirate day is coming up :O!

Ninjas, because pirates are brutes who kill, rape and pillage, whilst Ninjas had goals, they fought for honor, for money to sustain them and their families and such. Ninjas had much more style and were much more mysterious: emperors were told the Ninja were able to fly, or even transform into animals, which caused them to be greatly feared. I find them to be much more interesting than pirates.

Ninja for the win.

Ninjas because they helped in one of my exams.

bapplebo said:
Ninjas because they helped in one of my exams.
Click to expand...

Damn straight! I saw it in my Eng agenda. Ive got my pirate hat/newspaper already.
You must log in or register to reply here.