Egyptian couple names baby Facebook, in honor of the role it played in the revolution

The name "Facebook" was given by an Egyptian couple to their newborn daughter in honor of the role the social networking website played in the protests that led to longtime president, Hosni Mubarak, stepping down.

An Egyptian newspaper, Al-Ahram, has reported that Jamal Ibrahim, a young Egyptian man in his twenties, has chosen the name "Facebook" for his newest child. Her complete name is Facebook Jamal Ibrahim.
According to the Hindustan Times, Ibrahim stated that his friends and family alike have expressed "continuing support for the revolution that started on Facebook."

The article reads, in an English translation, "The girl's family, friends and neighbors in the Ibrahimya region gathered around the new-born to express their continuing support for the revolution that started on Facebook."

According to Techtree, the article continues, "'Facebook' recieved many gifts from the youth who were overjoyed by her arrival and the new name - a name that shocked the entire world."

Leading social media outlets Twitter and Facebook both played a major role in organizing protest rallies in Egypt. During January's 18-day trials of blood-shed and violence, support in numbers was shown over the pages and groups organized for the cause. Techtree also reports that an estimated five-million Egyptians own Facebook accounts. 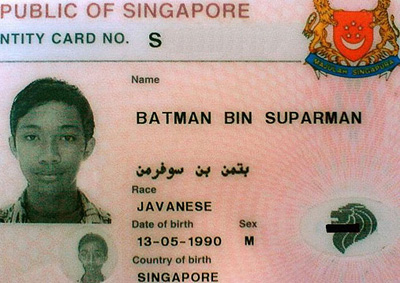 Poor kid. Though I guess in a country as Egypt, it wouldn't be as bad as another country, language wise.

On a side note, the internet is an amazing media, to allow revolutions to spread to the eastern world like this. good stuff.

Batman son of Superman, What the heck?!

Not gonna lie. I would be pissed if this were my name.

King of the Hello Kitty Fanclub

Heard about this before. It's bad enough when celebrities pick out ridiculous names for their offspring, to embarrass your child by naming it after a social media platform is a new level of retarded. I truly feel sorry for the kid.
You must log in or register to reply here.