Opinion on which car i should buy

Right now i am working on a few projects with getting myself a new car and updating my friends. On my friends scion we have put together

1- 14 inch drop down in the middle where the light would be.

1- microprocessor computer that has an 80 gig harddrive, 512 ram and internet capability with the bluetooth + blackberry internet adapter. Monitor included that can be placed either on the dashboard or connected to all the monitors at the same time.

Suicide doors that latch up ....just for the pure hell of it.


that is what he has in his car...he also added a sub system that i didn't get to put in since he did it in florida and i don't know the specs of it. Now as for my cars, i am having trouble deciding


Now that is a freakin car and i love it and can finally afford it...but now there is that lovely chrysler and we all know i LOOOOOVE BIG CARS...there is one exception to this and it is this next car

The Hemi has 425 hp, 420 lb-ft of torque, and a six-speed manual transmission. So geared, with its 4,100 pound weight, it can do 0-60 in 4.5 seconds (with 20 inch wheels on front and 21 inch wheels on back), and runs the quarter mile in 13 seconds flat; top speed is 174 mph (limited by wind resistance), while gas mileage is estimated at 14 city, 20 highway, very good compared with the original Challenger. Brakes are more effective than the original - stopping from 60 mph can be done in 133 feet.


There are rumors that the new 392 Hemi crate engine, designed for racing, will go along with the new Dodge Challenger body. The 392 is apparently a racing-only engine in current form .................â but, unlike any current production LX car, it also has a six-speed manual gearbox. (Automobile suggested that the 510 horsepower 6.4 liter 392 Hemi might be used.)

it is a tough decision for me to make and i don't know which to go with. The challenger is cheaper but will cost more in gas where as the 300 is harder for me to insure...now i could always hold off and wait for my insurance to go down to do it...which is a possibility but when you have the money and you see something that you want....it is a damn hard decision...So if anyone has any comments on what you think i should get, let me know...

BUT
the charger..well...we could be seeing a few changes coming around soon

I'd go the Pontiac GTO - Top Gear put the English version of the car (Vauxhall Monaro VXR which is in turn the Australian Holden Monaro) head to head with the 300C. They liked the look of the 300C but it handled like a aircraft carrier not to mention the suspension being soft and (in Jeremy Clarksons words) typically American. They did however love the Pontiac GTO which ended up being their surprise car of the year award winner.

Plus if you ever wanted to mod it, HSV has a boatload of things available to modify it with. Plus the engine is the Chevy GENIII 5.7 litre V8 LS1 so stuff can be found right at home.

KyoKusanagi said:
I'd go the Pontiac GTO - Top Gear put the English version of the car (Vauxhall Monaro VXR which is in turn the Australian Holden Monaro) head to head with the 300C. They liked the look of the 300C but it handled like a aircraft carrier not to mention the suspension being soft and (in Jeremy Clarksons words) typically American. They did however love the Pontiac GTO which ended up being their surprise car of the year award winner.

Plus if you ever wanted to mod it, HSV has a boatload of things available to modify it with. Plus the engine is the Chevy GENIII 5.7 litre V8 LS1 so stuff can be found right at home.
Click to expand...

EDIT: Never mind, I've drank a few too many and actually read more than 2 words of your post... Can I blame Magus for this?

Suspension from american cars are not that bad...lincoln continental for example ((The car i drive now)) has airbag suspension and its durability has gone over 120,000 miles...same with the new caddy's that have metallic suspension that adjust using magnetic forces. Gto is nice and all but the hemi is also roomier

Go with the dodge. Why mightyou ask? Because the challenger is a classic. And it's a manual. And the chrystler isn't. And if it's an automatic I refuse to drive it. And chicks dig a sweet car, and SS in a charger is just hot, hell i'd hit it.

EDIT
If you were willing to get out of chrystlers and dodge, i'd try to point you toward either a Nissan Z350 mod. (modified specifically for racing)

Or I'd point you toward the Infinity G35. But that's just me

Good luck on your choice 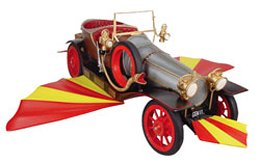 Fire Phoenix said:
Or I'd point you toward the Infinity G35. But that's just me

They only dyno at like 250 at the wheels, for as much as they are, you could just buy an srt-4 and eat that VQ35 v6 for breakfast.

How exactly are you going to be able to afford any of these cars, Sarutobi? Parents helping out?

Yeah, i'd also like to know that. Especially for the mods listed at the start of the front post. Unless you're suddenly pulling in competitions from slamming fat guys into mats I just don't see how you do it =P

a series of savings and a little bit of stock market gambling got me enough money...i put a LARGE portion of my savings into a specific stock **Not saying which one** what ended up happening was that the stock not only split but then went back up to it's original amount before the split...so i almost 4x my income...put that into a savings back with a 3 % interest and i am almost able to afford the chrysler...now of course i am not paying it all up front as much as i would like too...i am debating on that...no interest but i lose all my money...could be an okay choice to paying more but having money....with the way i am working i don't think i will suffer much...plus i got a few people in car business that can get me a few $$$$ off on prices...I'm not a big money spender, so i save up and then buy big. At first i was thinking about going with another lincoln but idk...the gto is not terrible but the thing is...even though "SPEED TURNS ME ON" i am a big guy and i need something that is really big and wide on the inside so my sexiness fits...

these boys are big...BIG boats that fit me well....that is why i was looking at chryslers hemi...i like hemis...but if anyone knows anything else about a car i am over looking...please let me know


EDIT...don't get me wrong i LOVE LOVE LOVE LOVE LINCOLNS...Right now...though not the real picture, this is EXACTLY what the interior of my Continental looks like isn't she pretty? that is the exact replica...i'll take pictures of it soon and show you

Damn it, get the Chrysler 300C V8 HEMI. That beast already gave me an orgasmn.

Yeah, get the srt-8 6.1l, youre going to love the 14 miles per gallon fuel economy haha. As soon as that throttle body opens all the way, there goes 1/4 of your tank. =p
You must log in or register to reply here.