If you send that picture about through IM's, wait til you get a response like 'omg she's hawt' before telling them she's eleven, the miracle of human nature at work.

Chakra-X said:
I've always been a miracle man, so I'm gonna say they are real. I would love to see the faces of her 11 year old male peers.
Click to expand...

Theyre 11... they probably wouldnt even notice her.


Pain said:
Also, Logan and Kurisutaru, if it's absulutley necessary for you two to keep e-flirting with each other I'll have to ask you to take it to PM's.
Click to expand...

Thank you. See what happens when people know youre a girl? You may be short with a low self image, but its instinct to compete for your attention.

I dont believe that this 11 year old could ever affect relations between two nations. Shes simply an excuse for pedophiles to oogle pictures of young girls. In their eyes theyre not being sick, theyre helping make the world a better place. All these child model things make me sick.

Kurisutaru said:
i dont see why parents would alow it and i dont think you can get D+ cups wtith out surgery or being fat becuz boobs are liek fat holders... if you get wat i mean....and if it is surgery why, on someone so younge XD
Click to expand...

I doubt her boobs are fake. With all these kids developing before they're even 10, it's hard to flat out say that they're fake.

Not only that, all the enhanced hormones floating around in the food supply could have a hand in it too.

Just because she's young doesn't mean she can't develop huge boobs. Look at those people who have to get custom bras. Do you think their chest just sprouted to the size G bra when they were 16 from an A?

I dunno. Those don't look like DD's. There are A LOT of girls in my school with teh big boobies, and she doesn't look like she has DD's. Im guessing she has a C cup or so with the aid of a push up or something.

Isn't whore a bit much? She has an agent, so she must be associated with some type of modeling. I really don't sit right having an 11 year old girl pose like that. Like that's even aimed at her own age group...

Eventually mankind is going to hit rock bottom but apparantly it hasn't happened yet.

I have a thirteen year old cousin and I am currently, for the sake of my own sanity, choosing to believe that she doesn't even know about guys yet. The idea that people are oggling an eleven year old is beyond the pale and frankly makes me feel a little ill.. 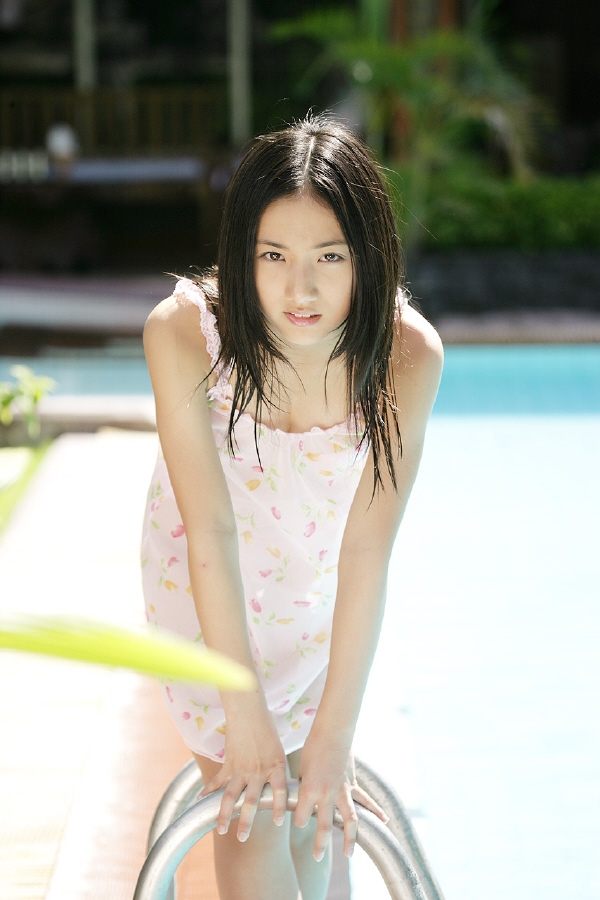 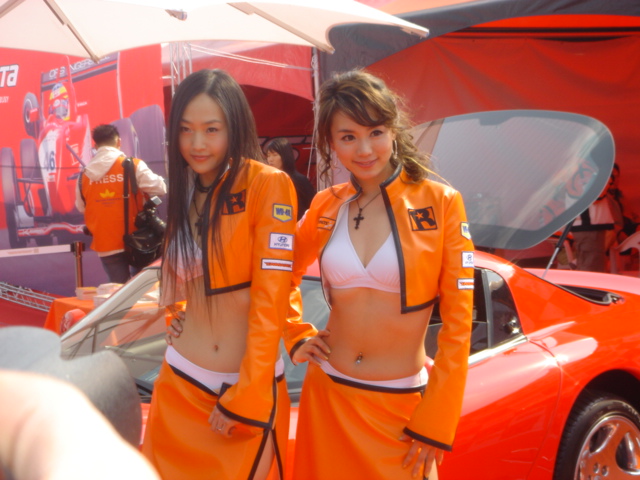 i really think she is older.... i mean common even in china it's goto be illigel (damn hippies) she look freekin 17 for 18 in those pics mabey younger but NOT 11.... i think this is a scam..... just think about it would they really put a 11 yr old in a bikiny just for the hell of it and send her out to stop a argument? (thats not the US lol there are no redneck fights goingon there....) haha i still think it's a scam lol just weird to think about it

PS: she is a model for sure tho

Why are large breasts such a big deal in China and Japan? I see em whether I want to or not when I walk outside of my house .

And yes, the Chinese or Japanese would do that to an 11 year old. I doubt they have a problem with exploiting their youth.

It's because asians aren't exactly known to pack massive mammaries a la Pamela Anderson or her silicon-enhanced ilk.


Engar said:
The idea that people are oggling an eleven year old is beyond the pale and frankly makes me feel a little ill..
Click to expand...

You haven't talked to prozac lately have you? o_o

Chaky said:
I really don't sit right having an 11 year old girl pose like that. Like that's even aimed at her own age group...
Click to expand...

My thoughts exactly. She does look very young in those pics... Id believe 12, but 11 doesnt quite look right.

there probibly bringing up old news because she might be of age now? lol looks like it to me, penguins rock BUT! i would rather send a pack of starving retarded rednecks to shoot them hehehe *evil grin* i am a redneck lol so i can talk about my own people!

Are you saying that you'd mount -t azn /you/wang /azn/girl ? That's terrible... I love it lol

If I had met her without knowing she was 11, I'd hit it. I swear to God, 11-year olds over here in the Netherlands are like 3 ft tall and all they do is run around screaming and playing tag or hide and seek. What's going on with the world?

Dj^Swift said:
One thing why they should make that illegal in the USA. Fat, and I mean fat girls are now dressing sexy..... even now where I live at this minute... Oh god...

Even freaking thongs man, they're so fat... you can acually see it...

I know what you mean. I have several "mental scars" that i fear will never heal. :cry:

I believe she's 11, and I believe her breasts are real.

Her face looks too young to be anything over 13, and her breasts look natural to me.

It's disgusting to think their parents would exploit their daughter like this though. This kid's still a child, and should be outside playing tag with her peers.

But, such is the culture of Japan. Japanese (and most Asian women in general) aren't that well developed. I believe it's because, in school, Japanese children get tons of exercise, which burns all the fat that could have gone into making breasts. Also, Japanese food mainly consists of fish and rice, which don't contain a lot of fat. And so, because they don't develop very much when they're young, they're set back and cannot make up for it when they become older. This is just my theory, though.
You must log in or register to reply here.