I died when I seen this.

Cool, What is it

Dishonored is pretty sweet. Same art director as HL2, so it has an awesome world.

Hahahaha This was hilarious.

So you're the reason good male armor is almost impossible to find.

Every so often I play an mmo (usually superhero-themed). This time its DCU. It isn't bad, but it isn't City of Heroes/Villains, either. RIP, old girl.

This is my standard God Emperor character. He's rocking hand blast and quantum, which I thought were going to suck, but actually work pretty well together, and overall. I usually prefer my main being a tank, as there isn't a single mmo that I've played where I wasn't one, but when your only options for tanking are earth, fire and ice, I gotta say no thanks. 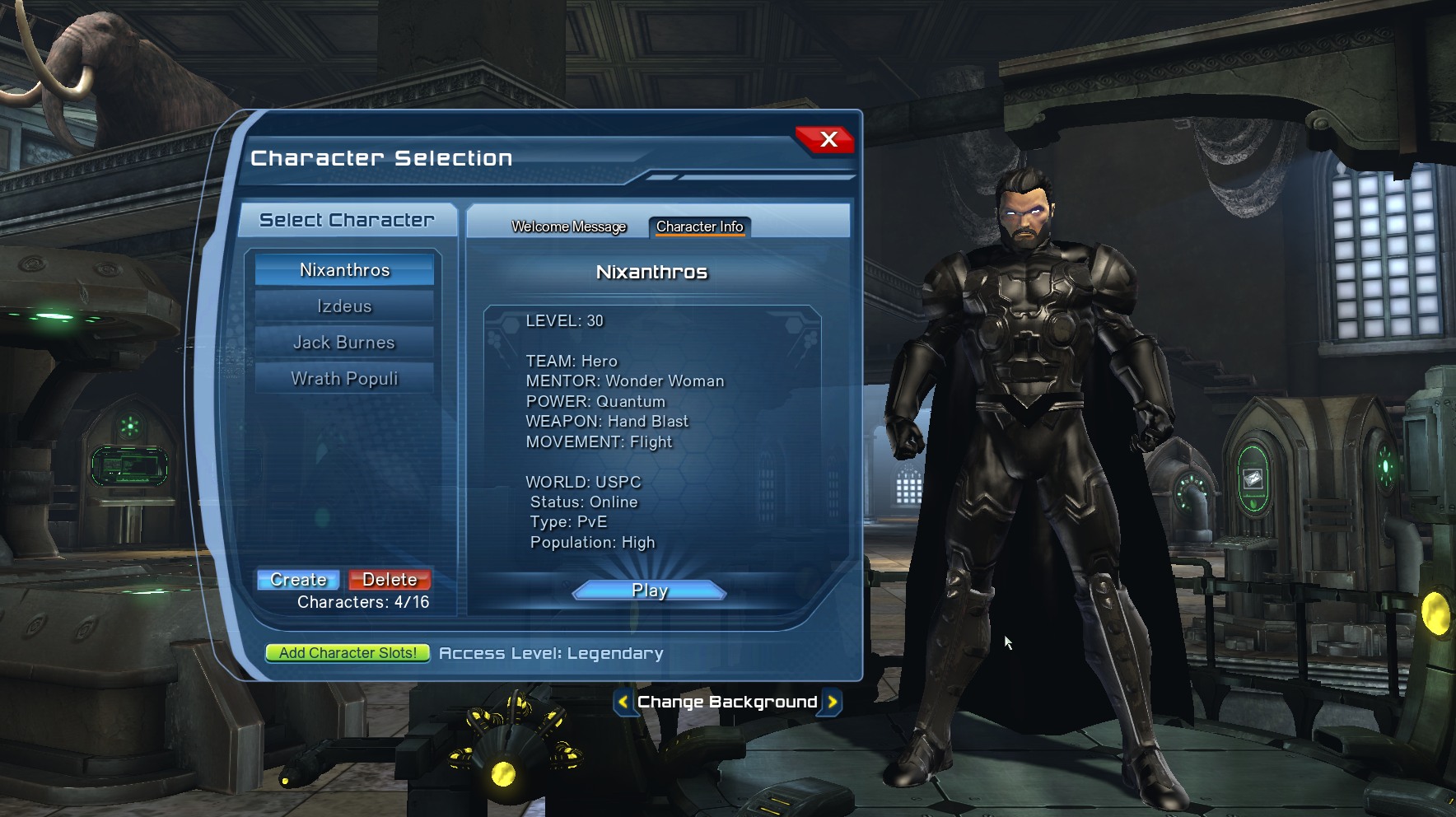 This is my Batman character, basically. Martial arts and traps. I'll probably never touch him again, but he had a bright future ahead of him. 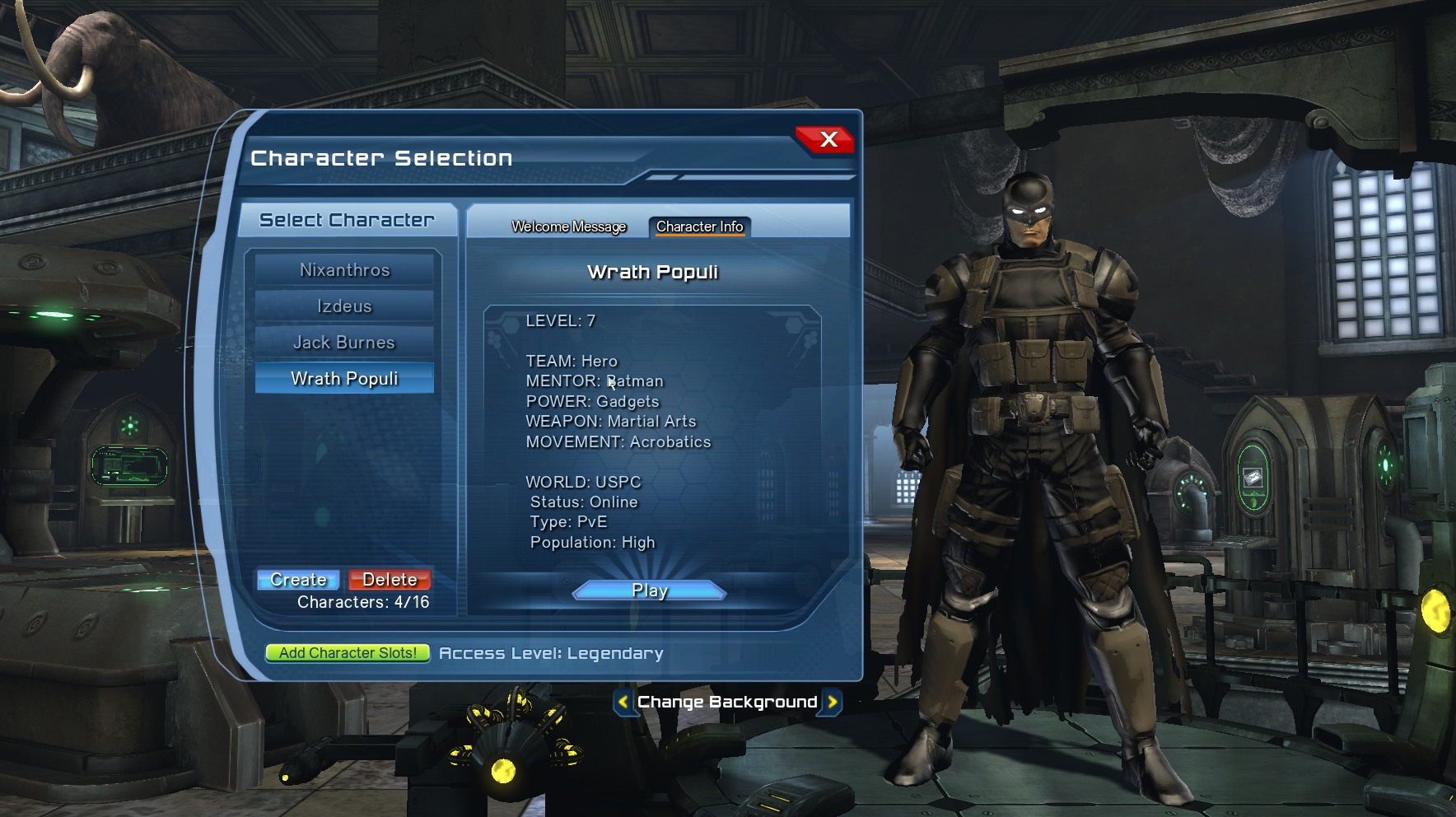 And this may or may not be the next character I work on. I really want to try tank, so I'm going to go for fire, first. Overall, I don't think he looks too bad, though I'll end up changing his shoulder pads when I get better ones. 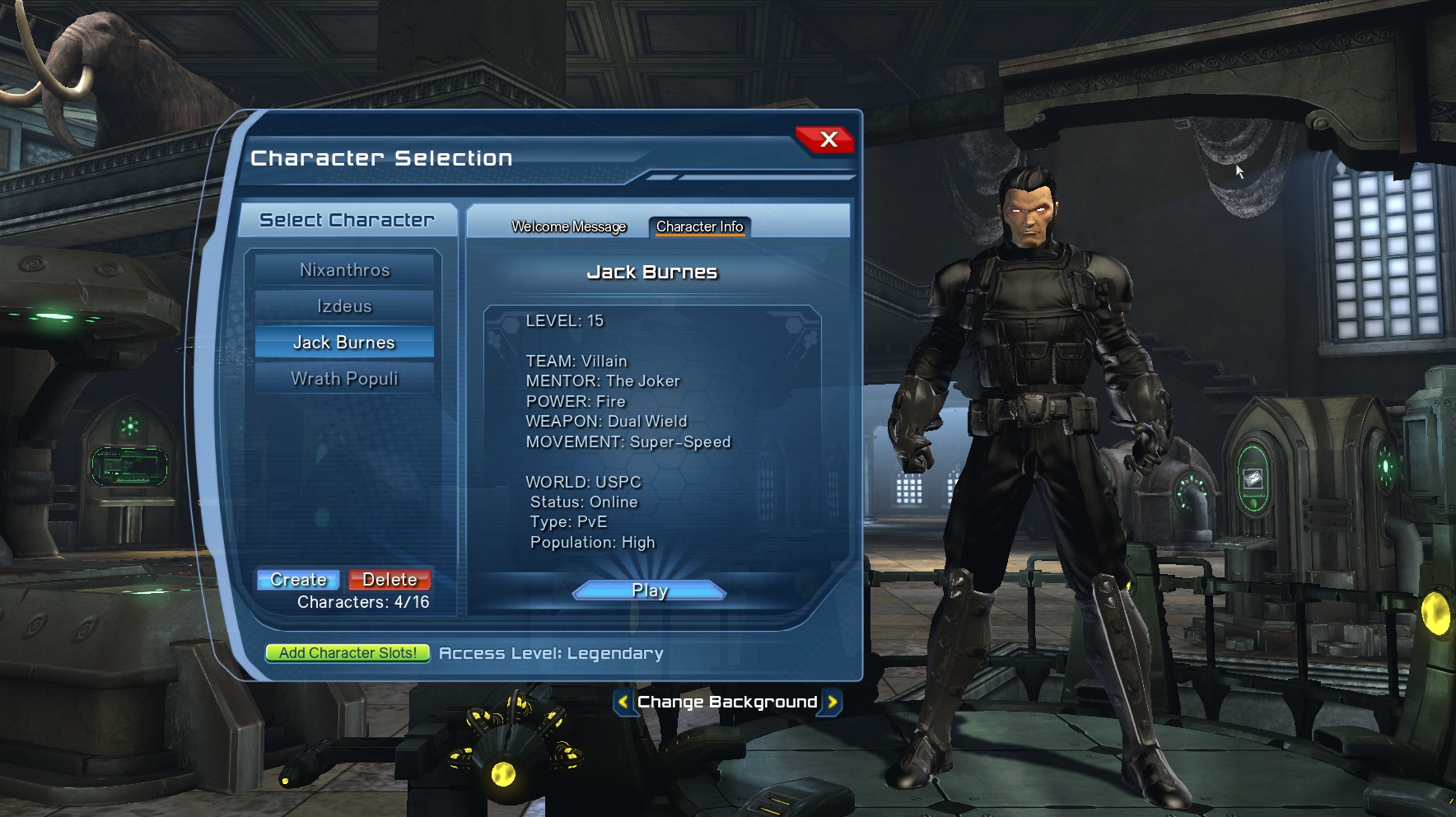 How's the combat in DCU? Been meaning to try it out for a while.
EDIT:
Also how is the F2P version of it? PVE, don't care much for PVP.

It's actually one of the best I've used. Skill points unlock combos, which you input using the mouse (2 left clicks, hold right click = backfist spin). My main issue is the lack of variety as far as just about everything goes, especially coming from games like CoH/V and Champions Online where you'd literally never see 2 of the same people ever unless they were copying a well-known hero. I got to lvl 30, which seems to be the max level since my xp meter isn't increasing anymore, and am finishing up whatever solo missions I have left. I guess there are raids to do after that, but that's about it. The game felt....short? I don't know.

Gonna contribute to this thread as well. Been playing these two games again after quite a break. Never get bored of them, and I've been playing Morrowind ever since it's release.

I only have Morrowind Code Patch installed on Morrowind for rain collision. Otherwise, it's unmodded.

So I finally got a new computer and I've been taking advantage of it's awesomeness.

There were lots of zombies

I also had fun with the Kerbal Space Program demo

When MC updated a while back, there was an added thing that amplified the terrain... thus creating mountains... and hell. 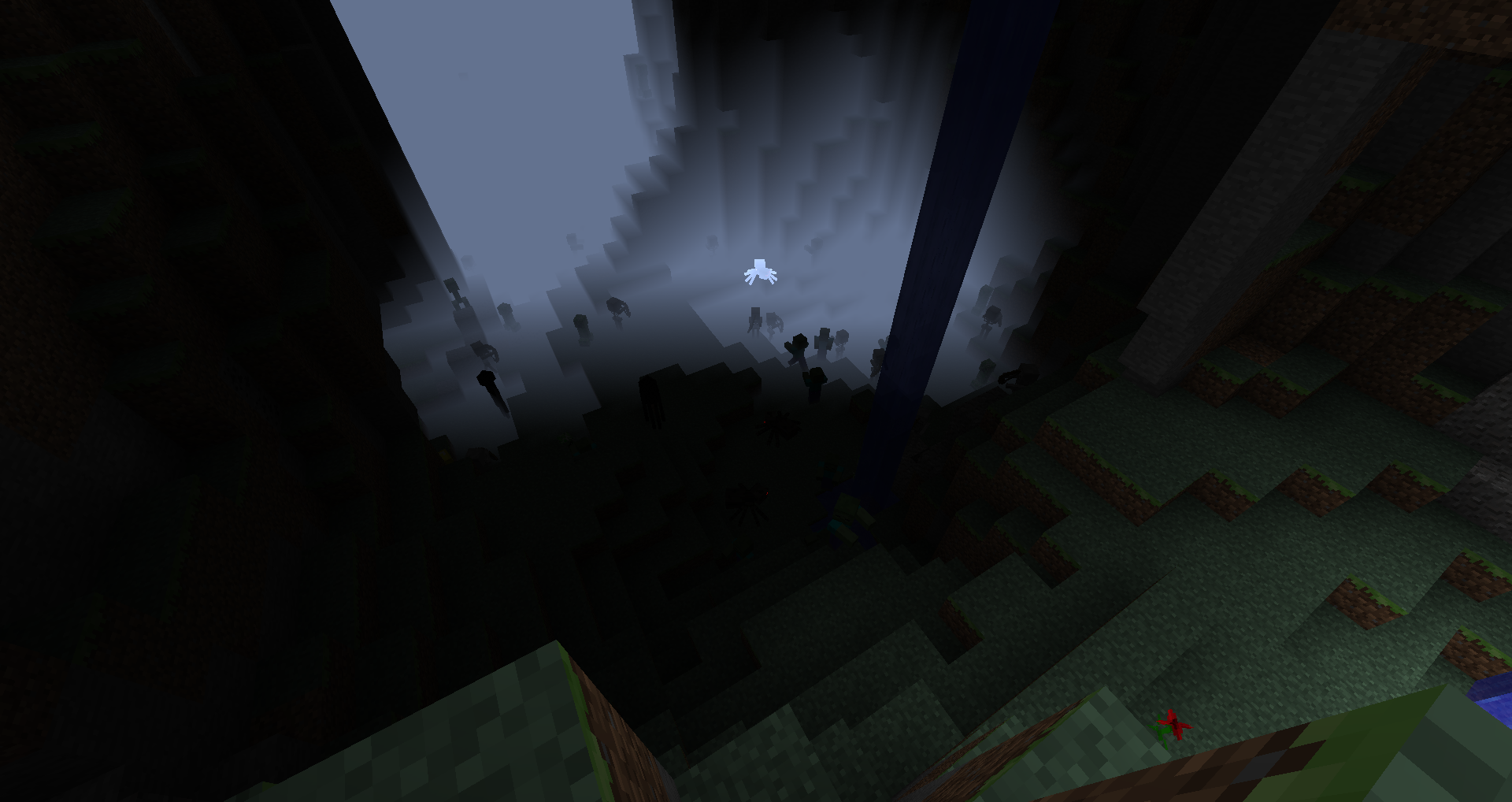 A year later and I still love this game

That's a lot of ass in that last picture. Rofl

Magic Duel Reborn is such an awesome mod <33333
You must log in or register to reply here.