I think it's better than Modern Warfare both in single and in multiplayer, but I'll let you guys figure that out for yourselves.

I'm looking forward to playing as the Tali- I mean, "Opposing Forces".

Not really though, but I just think EA was weak for the 11th hour name change. Spineless bastards.

Not really though, but I just think EA was weak for the 11th hour name change. Spineless bastards.
Click to expand...

Well you gotta see that someone will sue just for using names so easily like that.

Which is why a litigation culture sucks. What happened to freedom of speech?

EA Games president Frank Gibeau tells website Develop that Medal of Honor will not be altered due to the outcry of politicians or the media. Soldiers have opinions for and against the title.

The upcoming Medal of Honor features multiplayer that allows gamers to play as Taliban fighters. The game is set in Afghanistan.

"There's a lot of furore around games that take creative risks – like games that let you play terrorists in airports mowing down civilians," Gibeau told Develop, referencing Call of Duty: Modern Warfare 2.

"At EA we passionately believe games are an artform, and I don't know why films and books set in Afghanistan don't get flack, yet [games] do. Whether it's Red Badge Of Courage or The Hurt Locker, the media of its time can be a platform for the people who wish to tell their stories. Games are becoming that platform."
Click to expand...

"The reason we're posting the multiplayer demo next week is so people can judge for themselves," EA spokesman Jeff Brown told Kotaku. "Does changing one word in the menu screen have any impact on the actual play of the game that takes place in Afghanistan? If they think we shouldn't have done that, I urge them to play it."
Click to expand...

Might as well not have called them the Taliban to begin with, then. I'm sure it'll be a competent game but what really bothers me is such a big developer buckling under the pressure of some oversensitive people. All they did now is change the name "Taliban" to "Opposing Forces". That's all. Not a single piece of content has been changed. I cannot understand why people would be so upset over just the name.

But maybe it's just me.

Usually there are differences between the people from marketing/legal and those from production. We, the devs, strive to make something awesome then the people at marketing go around changing words and names, just because THEY think it will sell more. It's a true story... It happened on the last project I was on, where marketing made us change/remove all the 'swear' words from our mission texts and cutscenes. Why? Because they wanted to sell a mobile strategy game to people under 16 years old. (the same people who changed the name 'Active Pause' to 'Commandant Mode')
To give a better example, in this year's MOH, in the first scene of the game you'll hear this dialog:
"- It's better than Preacher's rap" (after the main character is told to turn off some afgan music)
Well, originally it was: "-It's better than Preacher's Coldplay"
Marketing strikes again.

So, the next time someone makes claims about a game, be sure that they will most likely change until the release. As for the MOH case, the guys upstairs just didn't want to risk selling less because of some offensive words.
Note that the gameplay remains as offensive as it should be. Heck, the characters refer to the talibans and chechens as 'bad guys', like all the time. Also there are parts where you can see your team mates doing acts of violence that aren't necessary and such.

For the TLDR people: If a game promises much and doesn't deliver, blame the people at marketing, not the developers. :]

Well, EA is not the developer, it's the publisher. They basically pull the strings. If they want the name changed, it will be changed.

But that's why it's such a shame in my eyes. For the first time in a long time I rooted for EA. I got excited when they refused to change the name. Finally saw some backbone in them. And then.. they changed it anyway. And the change is meaningless. Like you said, the gameplay hasn't changed. For everyone who's excited for this game and have been following it, this move is completely meaningless and only reinforces the image of the popular media controlling publishers and developers.

I'm not sure how to best describe what I'm feeling. It's the exact same game it's always been, except the "Taliban" is now called "Opposing Forces". Does that really satisfy all the naysayers? Will it now get sold at military bases in Afghanistan? After all, you're not playing as the Taliban anymore. I could paint myself purple and change my name to Barney but that doesn't change who I am or what I stand for. These "Opposing Forces" look exactly like the Taliban, they use the same weapons, they live in the same mountains, and they use the same tactics and weapons. See what I mean?

Do non-steam users still play with poeple running through steam? I canceled my steam download of this when it was going 30kb/sec. and the one i downloaded doesnt take steam to launch it.

Military bases will still not sell Medal of Honor despite changes.

Despite Electronic Arts' decision to remove the playable Taliban in upcoming shooter Medal of Honor, the Army and Air Force base stores around the world will still not sell the game.

"Out of respect to those touched by the ongoing, real-life events presented as a game, Exchanges will not be carrying this product," the Army & Air Force Exchange Service's Commander Maj. Gen. Bruce Casella told Kotaku. "While we regret any inconvenience this may cause, our position is consistent with the direction stated a month ago. I expect the military families who are authorized to shop the Exchange are aware, and understanding, of the decision not to carry this particular offering."
Click to expand...

I lolled. EA gave in and it got them... absolutely nothing.

They need to fix the recoil in this game. It's absolutely horrible considering how many people spawn camp.

Same thing happens to every game. Fills with hackers easily.

So, anyone know what I asked or no one know?

I think so, Raven. It's highely unlikely the actual servers are hosted through Steam only. But couldn't you add the game to Steam, regardless if it was installed via different means? I remember adding older games to my Library.

Played it some more. Meh. I tried to like it, but it kinda sucks. 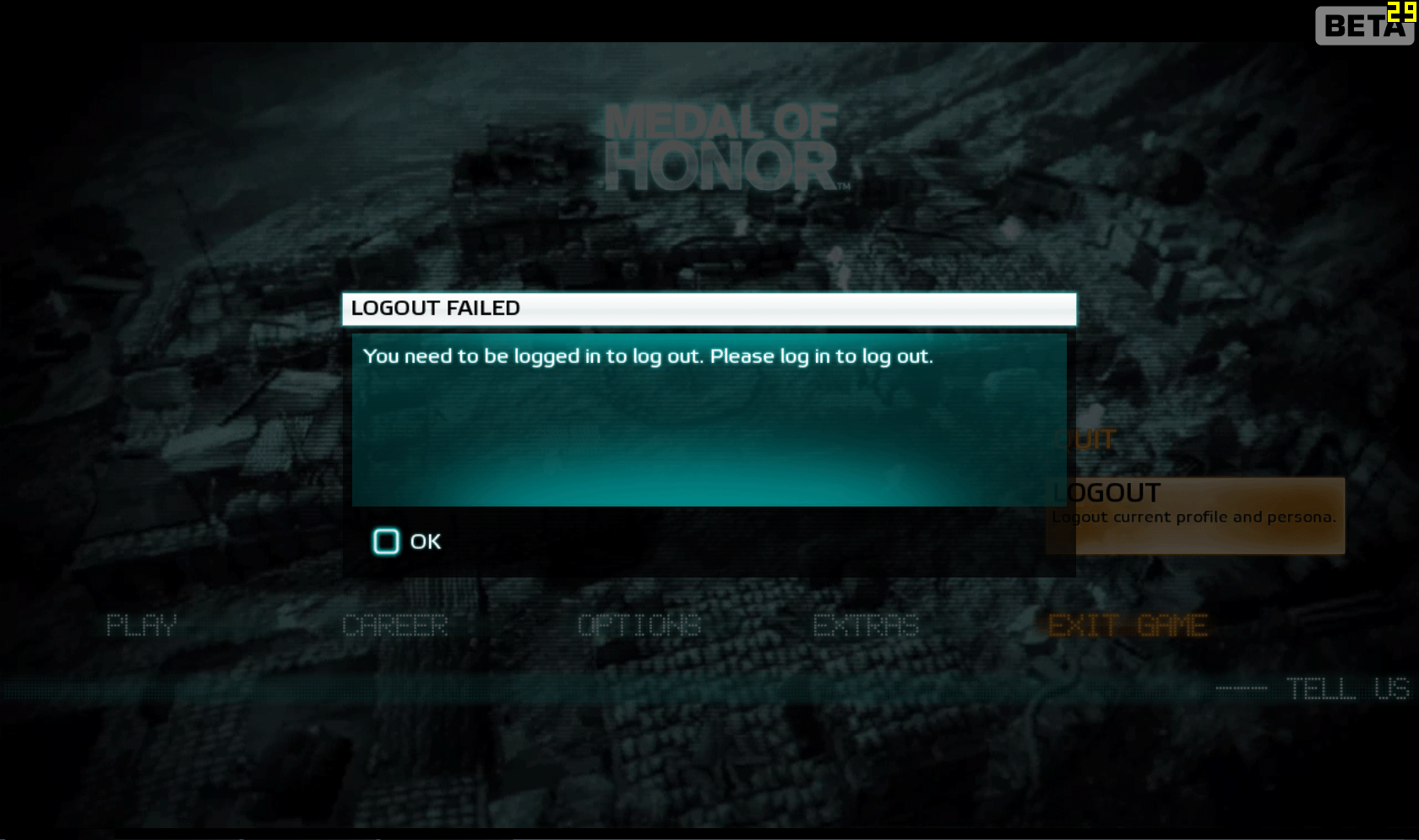 As seen on Kotaku. I laughed hard.

HAR HAR HAR, Aww man that cracked me up bad. 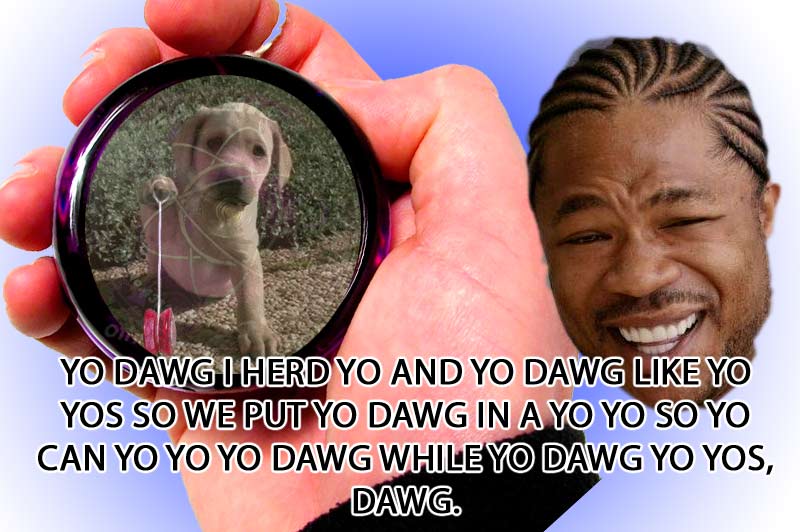