The end of the civil war signalled the start of the industrial revolution in the United States and immigrants from all over the world travelled to find their American dream. But what awaited the majority of them was poverty, discrimination, and hopelessness.
Manhattan, New York was full of immigrants flooding through the ports and the 6th district, Five Points, was considered at the time, the world’s worst slum.
The mobsters corrupted the entire area, including the police by paying them off; Five Points was the mob’s territory and they were the law.
But even Five Points, where there seemed to be nothing but robbery, prostitution, and murder, showed some signs of hope.
Luke Burns was an honest and righteous teenager who realized that the mob was the cause of their harsh lifestyle and that joining the mobsters would not bring him the American dream.
But his older brother, Brad Burns, had become an assassin for the biggest mob group of Five Points, the Grave Diggers, a secret he kept from Luke for his own protection.
Brad was known as the Grim Reaper and his reputation preceded him as a ruthless and skilled killer.
Click to expand...

I am loving this series so far. It's drawing style reminds me a lot of Hellsing in a way. Hellsing mixed with Cowboy Bebop.

Reading it as well. Pretty cool. The last chapter is epic.

I'm following this as well. I love the art and the story so far.

This is a Gunblade I could get down and use. I can actually see it being a real weapon. 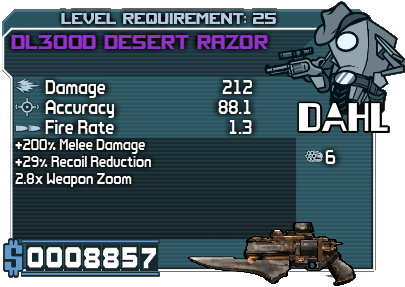 I've been following this series since I saw the first release, and I must say that I just love the illustrations. The manga is very epic and I meant to start a thread here on the forums, but forgot

I gotta say, I love the series so far. It takes place in a location I have actually seen before! ( Modern Times obviously ) and I have to say, they way they show it, is how it looks too. Though more modern as said.

Just read the last chapter and well.... i can't wait for the confrontation. Brad seem more determined than ever.

Brad looks like he is going to take everyone down!

The manga is moving right along. Didn't expect a 1 year leap this early in the manga for some reason.

Hm; I've never gotten into Manga before, but this looks pretty good, actually. I'll probably take a look at it and see how it goes.

It's worth a shot. If you like Western movies and such this is perfect. It has the Western feel with the manga feel still there.

Manga is back. Can't wait to see how Luke will do in this fight.

Indeed! I read the chapter a two days ago and I gotta say, Luke is becoming a badass!

Brad is 21? I had always figured he was a little older than that from the way he looks, somehow.

In any case, shit's about to go down! However I'll be disappointed if Luke just randomly defeats that quick-draw pro guy. I would rather have him defeated by Brad.

I guess Luke will receive a lil' help. I mean... it would seem ok that way considering that he doesn't have battle experience.

Well we don't know if he does or doesn't with the whole time jump thing.

True but not as much as Brad anyway. Who knows... maybe the kid is a prodigy of some sort.

I am sure Brad trained him, so we shall see.

I just read this entire manga today while at work. Was a nice fast and entertaining read. Lot of loose holes left open but didn't disappoint with characters and some of the development of said characters. Took me about 3 hours to read the entire thing and that was in the middle of work
You must log in or register to reply here.