I cant believe there isn't a topic about this game yet, so I'll start it

I got this game on saturday and havent really been able to put it down much since. I absolutely love the artwork in this game, while I think the main character isn't exactly coloured correctly (in comparison to the concept art) everything is beautifully designed in this game, the creatures, the attacks, the weapons the environment, it's all stunning. The gameplay is sort of hack and slash, but it also has a very zelda-like feel to it, it starts out slow and playing for about an hour after the intro mission it seems rather linear, but once you start aquiring new moves and new weapons and encountering different enemies it soon starts getting good. You get a bunch of different secondary weapons as you go through the game, all with their own uses, combo etc, and all link rather nicely into the combat mechanics. The combat is simple, but varied, and can be extremely rewarding, my only one flaw with it is there's a lack of the need to block in this game, but thats because the dash is more reliable and you cannot block certain attacks from bigger enemies. There's a lot of puzzles in the game, some are very nice and clever, but sometimes become a bit tiresome since they can be rather long, but the quality of them never falters and keeps it varied and interesting.

The story is really good for what it is, I'm not too sure about the plotline so far (though i havent finished it yet) but the characters and the lore behind it are really compelling, and through those long frustrating puzzles, it's what keeps you going. I'm about 10 and a half hours through the game, and I've done several "dungeons so far" and i'm now trying to gain access to the last dungeon, which requires 8 items, each come from a dungeon themselves. They vary hugely in variety from jungle like areas, sand worm ridden deserts, creepy spider infested towns etc. There's a world map, and you may explore it however you like, except for when doing a mission.

I would go on and on about it, but my bottom line is, this game is absolutely awesome, while it does have its flaws it has a hell of a lot to make up for them, and I personally have found this one of the most satisfying purchases I've made for my ps3.

I think Darksiders was a bit overshadowed by Bayonetta's simultaneous release. I am still going to get it eventually though, when the price tag drops a bit. I liked the Zelda'esque elements to it.

I will be picking up both Darksiders and Bayonetta when they drop to $40. Dante's Inferno when it's $20 or under.

bayoneta is more of an rental it's like a weakend or 10 h or gameplay.Draksiders I liked how the game was and I was preaty sure it was a sequal to it can't wait to see that one to

I agree with everything Dave said.

The best way to sum up Darksiders would be "Gothic Zelda". It's exactly structured like Zelda is and it works beautifully. Also, Azrael and Abaddon's designs are just.. wow. So awesome. 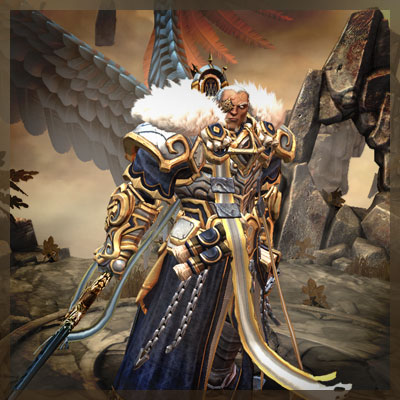 Pain said:
I will be picking up both Darksiders and Bayonetta when they drop to $40. Dante's Inferno when it's $20 or under.
Click to expand...

I just ordered Darksiders off Newegg, it's listed at $39.99 (single-merchant sale) right now.

I appreciate the heads up but it looks like the Newegg deal is already sold out.

All is well though, I actually just got it today at Toys R Us. Thanks to a deal they were having I essentially got three games for $40 each (Darksiders, Bayonetta, and a future purchase).

Free $60 Gift Card with purchase of any 2 of the following
Army of Two: The 40th Day
Bayonetta
Darksiders
Dark Void
Click to expand...

I gotta say, normally box art doesn't impress me, but I'm really digging the Darksiders PS3 art. Color scheme is right up my alley and it's got this reflective thing going on making it look like a shock wave is emanating from the tip of his sword.

My Lord, Zero Punctuation, has reviewed this game.

Optional said:
My Lord, Zero Punctuation, has reviewed this game.

But if they ripped zelda enough it can't be too bad...

Darksiders, also has the God of War recovery system and Gears of War/Devil May Cry moments, but that doesn't matter when games like God of War, Gears of War, Devil May Cry, and even Zelda, are basically yet sadly and triumphantly stepping stones to a game that was the best storyline and artwork we may have seen so far.

-Origin said:
I agree with everything Dave said.

The best way to sum up Darksiders would be "Gothic Zelda". It's exactly structured like Zelda is and it works beautifully. Also, Azrael and Abaddon's designs are just.. wow. So awesome.

Sorry but I gotta say this- looks like wow.


It's like wow x warhammer x zelda x all that other stuff mentioned before. Sure it's ripping gold- but it's hardly a fresh idea.

Ballet Black was congeal up to fix up with provision dancers of ebon and Asian descent with a concern to perform ballet - "where they weren't certainly the only stygian appearance in the range", according to miscarry Cassa Pancho.
This year marks the retinue's 10th anniversary, and to celebrate a supplemental function has been commissioned.
Choreographer See fit Tucket has created a semi-narrative ballet inspired by the ****-and-bull story of Orpheus, with music sooner than Stravinsky.
Damien Johnson, the longest serving fellow of the London-based coterie, is dancing the role of Orpheus, the lyricist and musician who enters the underworld to judge to liberate his enjoy, played via Sarah Kundi.
The BBC exhausted some temporarily with Ballet Black in rehearsals to find out more.
my forum buhmwoo chemical unfasten telecast online
my blog unlimitedindiacalling.com review free news online
blog babler state park mo map free news online

Of all the place, THIS is where you end up!!! Shame on you!