IGN: What was your objective when you started working on Battlefield: Bad Company?

Karl Magnus Troedsson: Firstly, to create a really compelling offline component, a story driven experience with some fresh twists that would compel more players to the world of Battlefield. Secondly we wanted to improve and evolve the online gameplay, take the sandbox gameplay to the next level by making the levels fully interactive with the addition of destruction.

IGN: How does Bad Company take the Battlefield franchise in a new direction?

Karl Magnus Troedsson: One of the biggest additions is the new singleplayer part of the game. By adding a full story and character-driven experience we add a lot of new value to the franchise. At the same time we continue to develop the already strong multiplayer heritage that Battlefield has.

IGN: Conversely, how does it fit into the Battlefield legacy?

Karl Magnus Troedsson: The strong focus on the single player won't equal less focus on the multiplayer part of Battlefield: Bad Company, this portion of the game will still be a natural evolvement of the foundations this franchise is built upon. Also, adding destructible environments to both single- and multiplayer will give the players so many new ways of waging war on the battlefield, giving new meaning to true sandbox gameplay.

IGN: Can you explain how Bad Company's single-player mode is structured and divulge the sorts of objectives players can expect to tackle?

Karl Magnus Troedsson: It's been key to integrate the freedom of the sandbox experience otherwise seen in the multiplayer game into the offline component. At the same time we want to tell a story and these two elements somewhat contradict each other, complete freedom for the player makes it harder to tell a story. We've solved it by making sure that the player has the freedom to take on any challenge as they see fit, to solve any objective however they choose to while keeping more control over the actual objectives and how they are paced. This is one of the keys from the emergent play styles we see online and is something we really strive to keep.

IGN: Traditionally Battlefield games favour gritty realism, whereas Bad Company touts a dark sense of humour. How is this manifested in the game and what sort of experience can we expect as a result?

Karl Magnus Troedsson: Early when we were working on the story, we put a stake in the ground and said that we really want to stay away from cheesy, clich?-like hero themes and over the top characters. We wanted to create something modern, a story about a bunch of maverick soldiers that disobey orders and go AWOL, all in favour of their own personal, and very human, ambitions. It's this humour and irony becomes very important, something that will manifest especially from the characters in the squad, their dialogue in both cutscenes in-game chatter.

IGN: Battlefield means all kinds of vehicles and weapons to play with in a true Sandbox experience. How do you manage to include that it in a single player experience?

Karl Magnus Troedsson: Building a single player game and having such a massive arsenal of weapons and vehicles makes for great diversity of gameplay. It actually becomes more a question of pacing, making sure we give the player enough time to learn and use each toy, then picking their favourites which they then can continue to go online and wreak havoc with.

IGN: Can you tell us more about Bad Company's near-future setting and how this affects the types of weapons and vehicles players can get their hands on?

Karl Magnus Troedsson: The game takes place just a few years into the future so we're bringing a full arsenal of modern day weapons and vehicles. At the same time we're not afraid of adding a gadget here and there that only might be on a blueprint stage today. We always reason that fun comes before realism.

IGN: How does squad-based play function in Bad Company?

Karl Magnus Troedsson: It's not a "giving orders"-like game, in singleplayer it's about you being in a squad that sometimes follow you around, sometimes helps you in the right direction. However, in multiplayer we really want to bring squad play to the console. After seeing how popular this features was in BF2 it would be a shame not to do this. However, we don't believe in straight porting so the feature will be revamped in a manner fitting the console gamers.

IGN: Can you give some examples of how Bad Company's massively destructible scenery and 'sandbox' environments will influence gameplay in single and multiplayer modes?

Karl Magnus Troedsson: It's going to change how people play in the sandbox since it's so much more than just eye candy. Earlier, the environments have been open but still static, meaning that there's only been so many ways to attack a CP or so many good sniper positions overlooking a target. This will all change now since you can create your own vantage points by taking down a wall or blowing your own way, force yourself forward to a CP through your own alley of destruction. This will also be closer tied into the actual game mode in multiplayer but I don't want to reveal any details on this just yet.

IGN: What makes this game different from other shooter games?

Karl Magnus Troedsson: On a high level it will differ a lot when it comes to the atmosphere and style. We don't want to create another so called "epic game" with verbally challenged, one-man armies saving the world from super villains or hordes of evil aliens. We'd rather tell a humorous and modern war story about ordinary guys up to no good in the army, waging a war for their own personal ambitions instead of following the orders of their superiors. On a finer level I strongly believe that the game will differ due to the attention we put into all the fine details, our credo is that the sum of all the small parts makes up the whole, and important, perceived value.

IGN: How does Bad Company take advantage of the power offered by next-gen consoles?

Karl Magnus Troedsson: Our new Frostbite engine, developed by our in-house core team here in Stockholm, is really giving us a lot of power to do what we need in order to deliver a true next-gen game with high def visuals etc. The complexity of the interactive environment and the destruction takes oh so much power which of course is why we haven't really seen this done on older platforms. As for the visual eye candy, take my word for it, you won't be disappointed.
Click to expand... 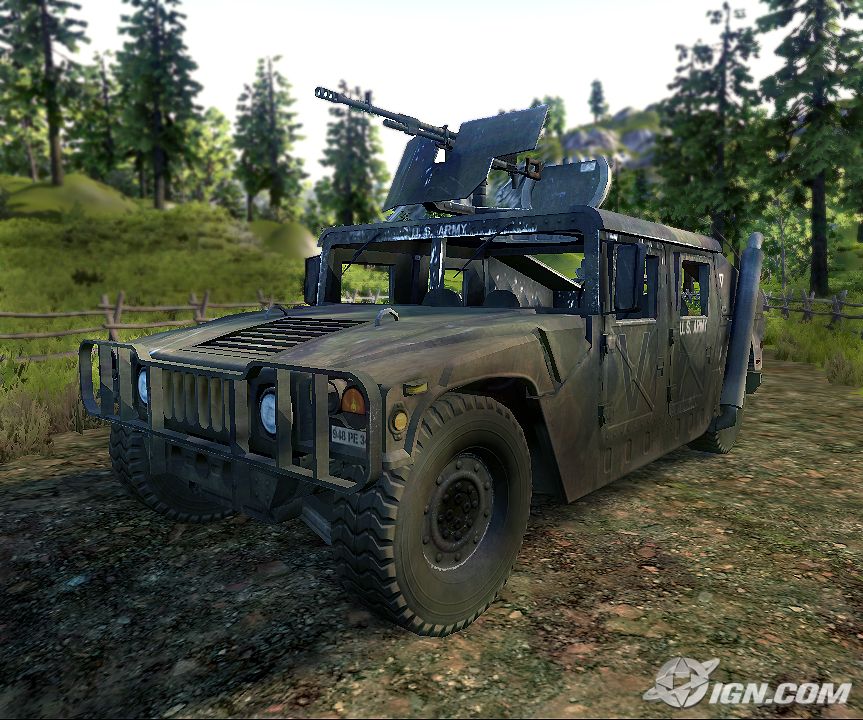 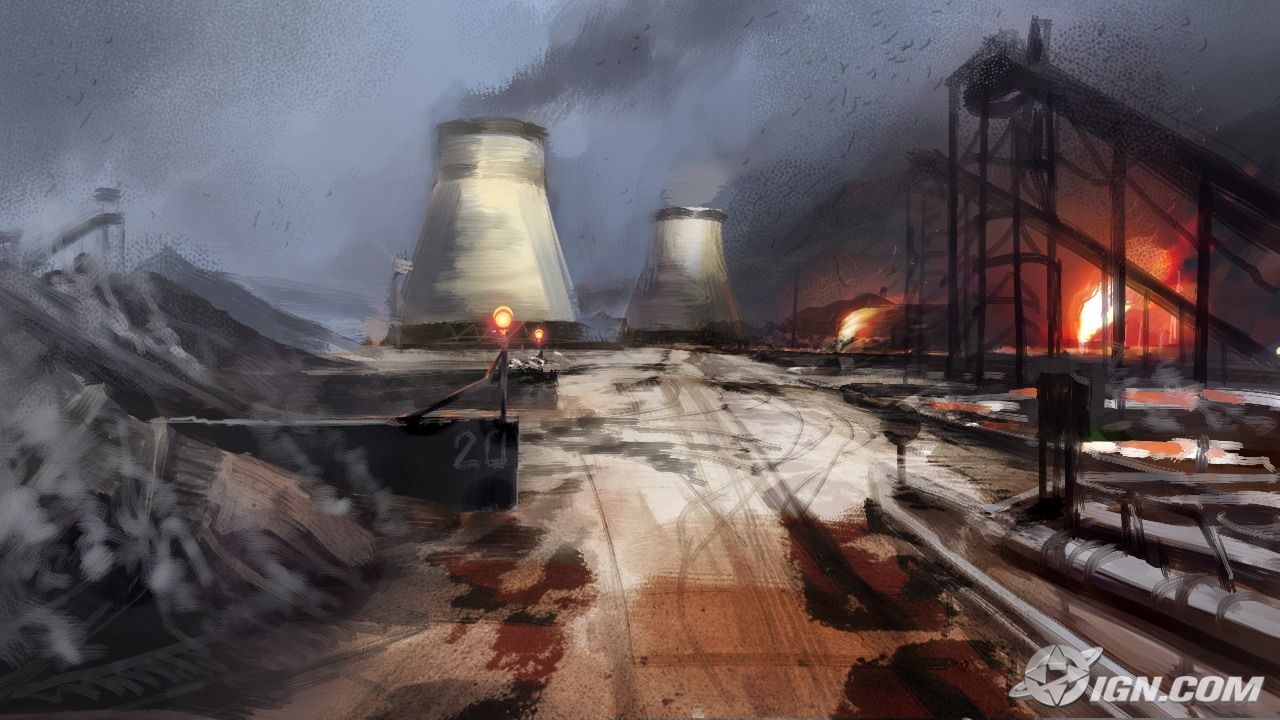 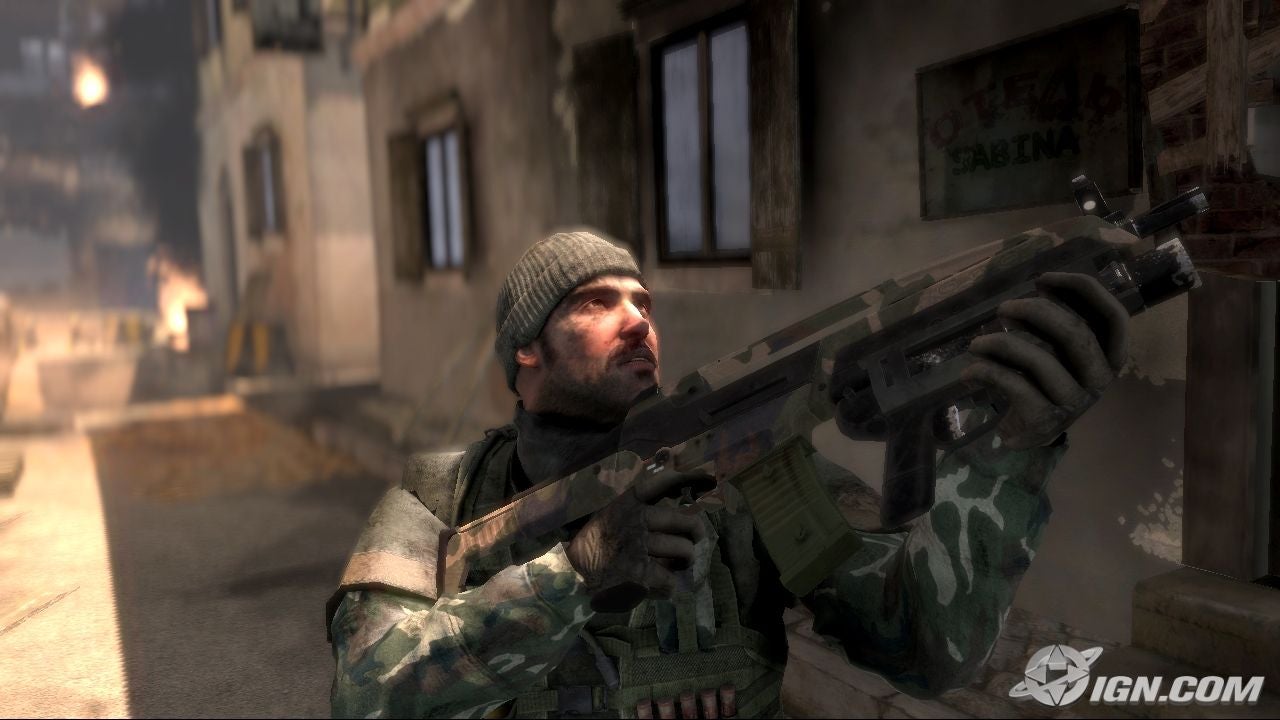 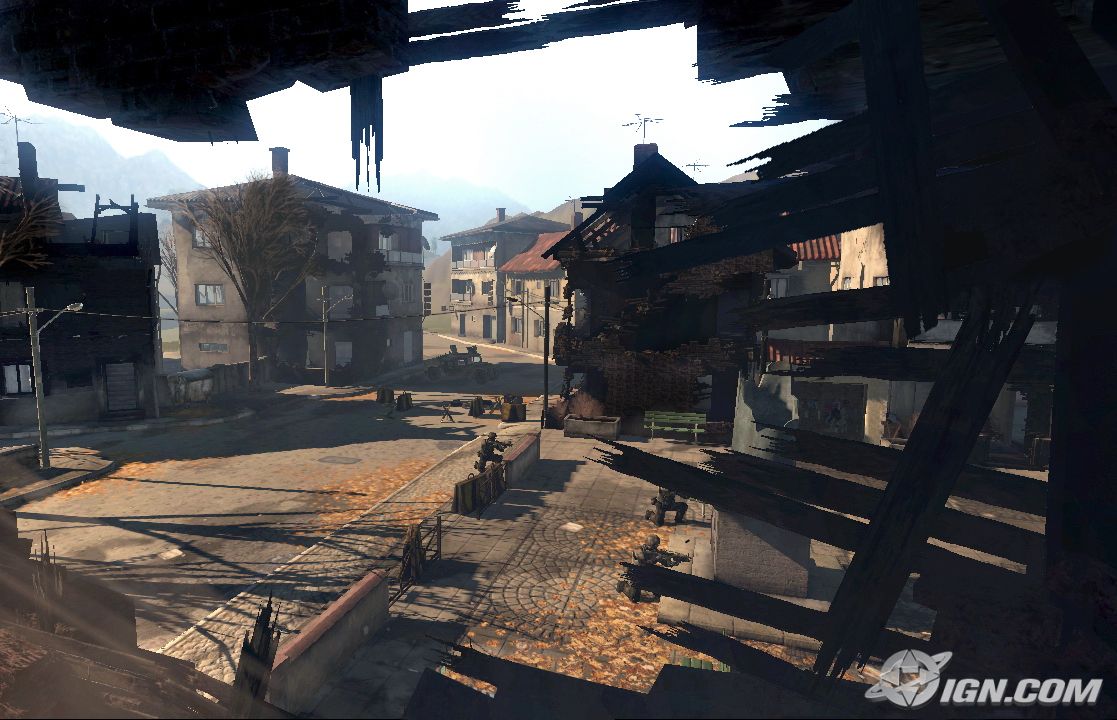 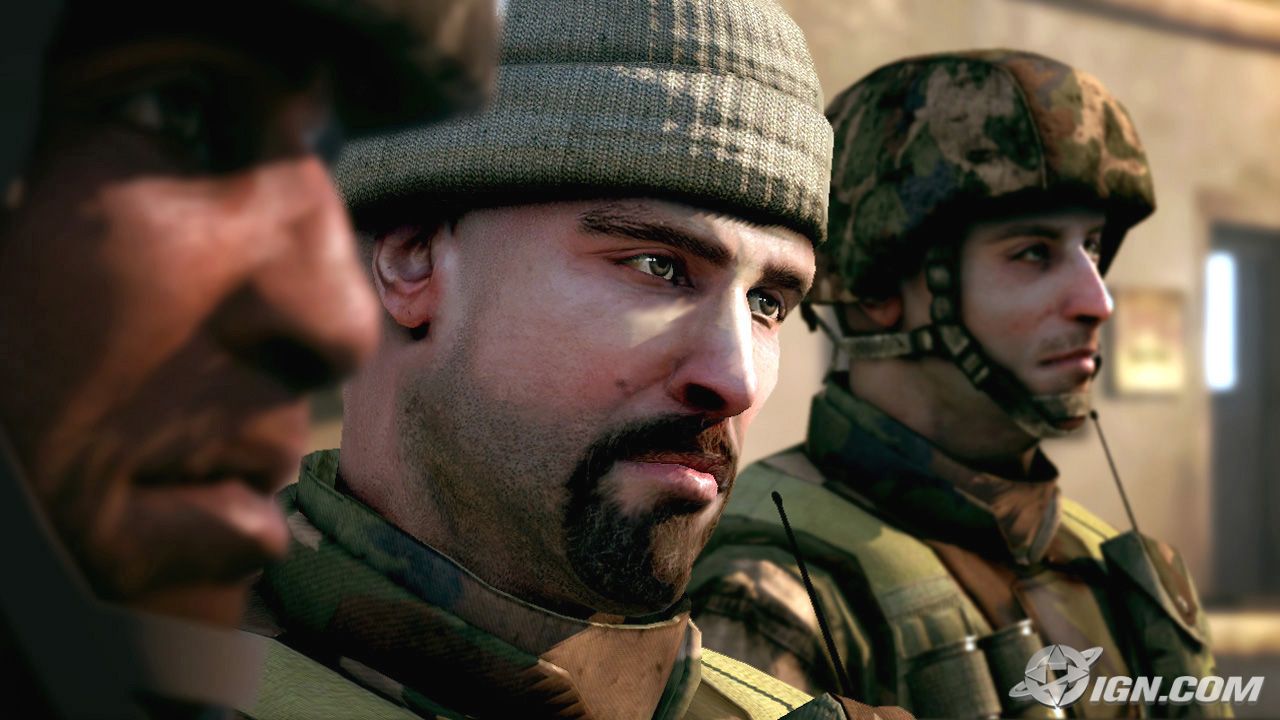 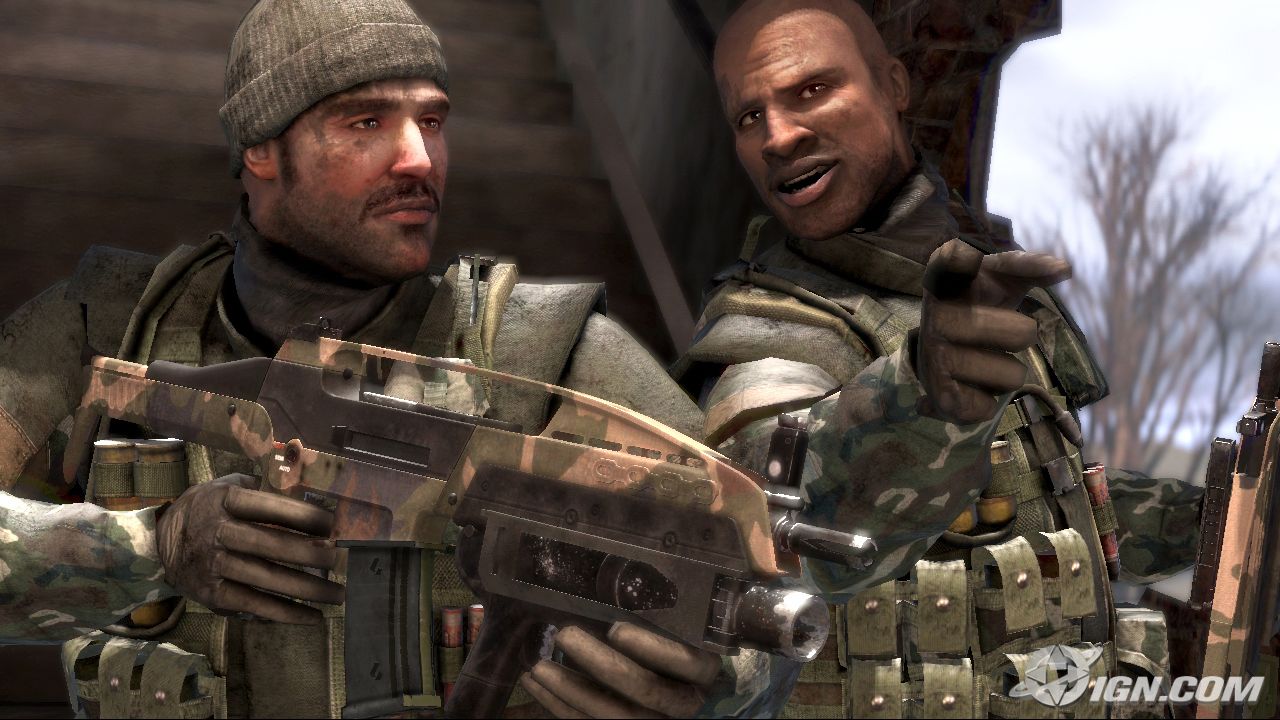 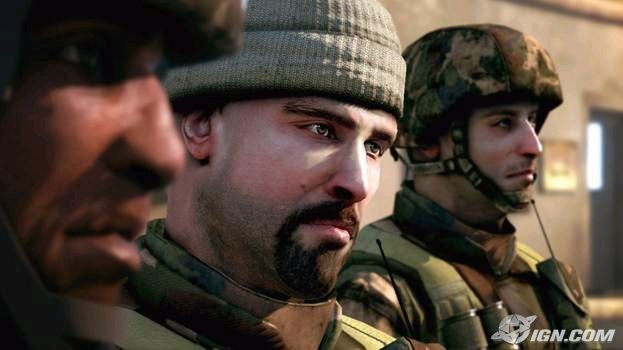 Another horrible console version of Battlefield is on the way?! Sign me up.

'Looks' good. but I agree with Sub. The BF series is starting to get old.

I'm personally really looking forward to this one. Destructible things are most definately for the win. And that humvee looks hawt.

Cmon since the ps3 should have mouse and keyboard support it should be quite fun to play that game, especially with that kind of graphics and destructible stuff

Any word on a PC version?

Devion said:
Any word on a PC version?
Click to expand...

I think that that game is a ps3, x360 console exclusive.

omfg, look at the graphs!
im glad that EA didnt mess up with this one like they did for BF: modern combat...

I'd get it on PC in a heartbeat.

yup, same..
but im not a console gamer so i wont buy it
...or maybe if it comes to nintendo wii
You must log in or register to reply here.